It was Friday night. Half past 7. I am not fond of eating out after 6 pm. Perhaps after almost 6 years of working late, home is where I want to spend the rest of the day. But it was a public holiday. Slowly and briefly, I try to think of what to wear.

“Somewhere. Will tell you when we’re near” she answered.

Food adventure. Still, I am lazy to go out. So we get the kids ready in no time. I was thinking of getting some information on building a fork mount for a telescope, minus the mechanical and electrical part. But that’s for another day. Right now, let’s get this food adventure done. I just want to stay at home.

Just as we arrived at our dearest little town, she immediately said, “Fratini”

Fratini it is. An Italian restaurant. A friend once dined there. Forked out nearly RM 200, or maybe more, for 2 people. He said it was worthy. I know this is the place where you dine and do business, or merely talk. Classy.

“Either Fratini, Billion or Tiara, you choose” she added.

We just had our corporate dinner at Billion. Tiara was a month before, on her birthday. I liked Tiara more. The staffs treated our kids very well. I noticed it must be their parent instinct, to love little people with little feet wandering around their business areas. Perhaps it was truly an affection. Or being caution as to not letting our kids into disturbing others. I’m fine with both.

Parked near to the place. I asked Hana where the iPad is. I could use some time surfing the Internet looking for information. Or finish The Adventures of Sherlock Holmes; of merely 30 pages left before the end. 424 pages in less than 5 days is quite an achievement. I reckoned this is why people chose electronics over physical book nowadays. Hana replied, “The battery’s flat”. Nevermind then.

We walk to the restaurant.

There were a family occupying the tables outside; an expat probably. Another guy on the corner, lighting his cigarette. In front of him is a glass of Coke, half empty. Or half full.

Inside, the tables were occupied, of some families, a couple and few tables with “RESERVED” sign on it. Except for one table, near the entrance. I gestured to my wife that we will sit there. Next to the table is a couple. I couldn’t make it if they are locals. Doesn’t matter. Get things done, and get back home sooner.

“Can’t get in to this side” whispered my wife while making a gesture; pointing her lips to the couple that I noticed earlier. The guy were extending his legs under the table, thus taking a lots of room. Not that his legs are too long. With his left arms on his stomach, and his right arm extending to the girls seat – being an ass to every other people but to win the heart of a female companion.

I am not normally rowdy, but this is the time. I pulled the chair, with an intention to slightly hit his back.

He looks back, trying to look disturbed. Oh, he’s young, Asian, with a tattoo of what the hell is that? A pig tail?

His companion were not disturbed. My action does not really affect her. But this guy keep glaring. The pig tail tattoo still looks funny.

“Whatever man” this time louder, together with flexing my arm so the muscle kinda look popped. The kind of thing Shia LaBeouf did in Transformers to Megan Fox in the Bumblebee scene. Trying to look dangerous I hope. Or maybe not.

I proceeded to sit anyway. Wife was actually staring at me. I flashed a playful grin to win her heart. She smiled back. Another win.

Couldn’t decide better, so did her. The kids doesn’t bother. The decor looks much better.

We talked little things for a while. Of my plan to build a fork mount. Of my ideas of astronomy as hobby. Of the plans I heard of the observatory. Anything related to astronomy. I knew I bored her with my story, but I just talk anyway. She just cared for the kids. Lovely.

I rest my head to the chair.

“You know, I make a 5 figures income monthly. In USD.”

Ah, this is good. Someone’s telling his fortune. The pig tail guy was talking to the girl. Maybe she’s a girlfriend. Fiance maybe. Or wife. Ah, who cares.

“But I am lonely”

“I am a specialist in xxxx (apparently an Oil & Gas company). I’ve worked in few countries. Malaysia is the fifth. But I like it here. Here, I met you”

“Aw, that’s so nice” she responded with a familiar tone. I guess they both work in an Oil & Gas industry, God sent them both here to be met. Familiar I said, for this very island do housed an industry of some claimed to be the oldest occupation in the world. But I refused to conjecture. I care not to be intrusion to their intimate moment, as our drinks and pizza has arrived.

The guy keep telling stories which I don’t really care of what it contents. I care to give space of privacy despite the nasty first impression of the pig tail guy.

“So as to say, you are beautiful and let me be your best memory tonight”

On a first thought I would let it slip, but its like they were conversing next to my face. I looked at the counter, looking for something reflective. I mirror I hope, but there’s none. So I pretended to look around, as if I was looking for someone. I gave a glimpse to the pig tail guy. His legs still extended. No wonder. “Why don’t you just lay on my back!”, I screamed in my head.

“So tell me about yourself.” He requested.

Shy I believe, as she was giggling followed by a space of silence from the man.

“Okay. I-yam from xxxxx (country name). A guest relation officer. No, no, no, not that cheap Gee-R-Oh. But *giggle* *giggle* I can be your best companion you knooww *another giggle* Also, I have basic salary you knooowww.”

“One thousand and 500 hundreds monthly”

She earns more than people with decent job. Or some petty traders.

She kept going with her background. But between giggling and talking, there’s really no point to catch. They were merely killing time before their food arrives. She’s not interested in telling him of her life actually. But I think he is ok with that. What’s better than later late night supper, eh. For now the lion is fiddling with his dinner.

Their foods arrived. Funny that we got our food first, and we’re now into dessert. A chocolate cake and vanilla ice cream on top.

The door opens, and two girls walked in, heading to the couple’s table. The next table gets merrier. They were her friends. Oh, that pig tail doing foursome tonight? Pig tail is nasty!

“Oh, this is my new friend”

“Yay” “Wow” “Handsome” “Where are you from?” “You look like a movie starr!!”. Like bullets fired from machine gun, the girls sending rain of compliments to the man. There were no longer giggling, but a merry laughter growing amongst them. The lion has more dinner to fiddle with, I supposed.

The man sound so happy with the compliments, he started to sing along to the tune of Toni Braxton. “Unbreak my heaaaaart” he goes. I didn’t notice there were song playing when we got in.

He definitely turned this place into a karaoke outlet. And the three merry musketeers cheering on him. Like a scene of cheesy Malaysian movie of karaoke scene with an Ah Long singing a song of God-knows-what, their act invited attention from others whom dining in with their families. I did turned too, but I make sure I put both my hand on the table. I don’t feel like slapping another brother. But another pair of eyes joining the other patrons would give a much better signal of “STOP!”

They were laughing again.

“So”, she said to her friends. “This my new friend earned 5 figures income monthly!” with both her palm raised, spreading all her fingers. 10??? What are you implying? Oh, I’m still looking at them. Better turn back to my own business. And the wife staring at me again. I ran out of smile so I sip her hot mocha. And my drinks afterward. Nervous reflex. Fail safe mode. Fail.

Yeay, another cheers filling the atmosphere of this restaurant. Next they were talking in their own language, which silenced the guy. It sounds like conspiracy, like when my colleagues speaks in their language to hide things from me. But I guess the guy just don’t care. Remember, he is a lion (with a pig tail tattoo), and the dinner just gathered before him. The girl hug the guy neck with both her hands. Securing income, maybe?

So I signalled my wife to asked for the bill. She paid, I pick up the kids, and start leaving. I wanted to say thanks to the waiter and waitress but my body are busy with two kids playing around, hence my head shuts down the intention. I did noticed they played with our kids, especially little Is.

As we left the restaurant, I looked at my wife, nodded, and say thank you for the dinner. She shook her head with a smile. Perhaps it was a motion to agree of what we have witnessed inside the restaurant.

We walked together to the car park. Slowly and thinking of what this island will become. Of its moral and integrity, and the future of our kids. What I have witnessed is a living proof of the risk we all live with. The risk of demoralisation. The risk of getting what be the caused of shady business. The risk of differing right or wrong.

It might be wrong to fiddle into other people business, but I do believe I have the rights to live, and enjoy my life, and subject to my opinion. Of course, in public area, privacy almost near to none. They asked for attention, and they got mine.

May God bless and protect the good people of this island. 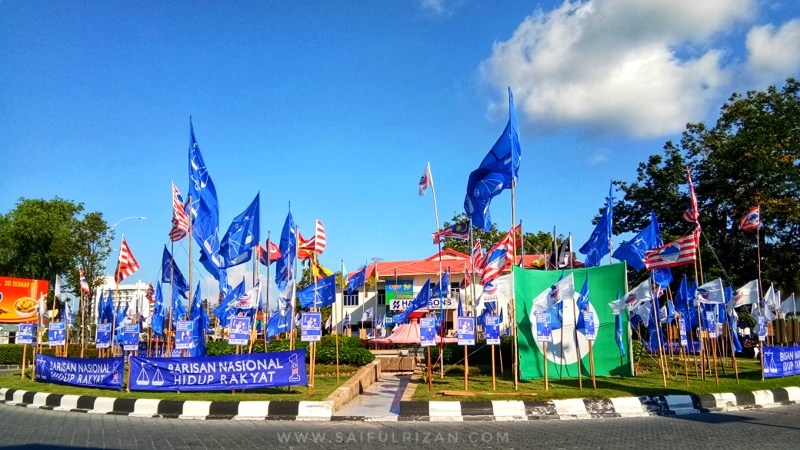 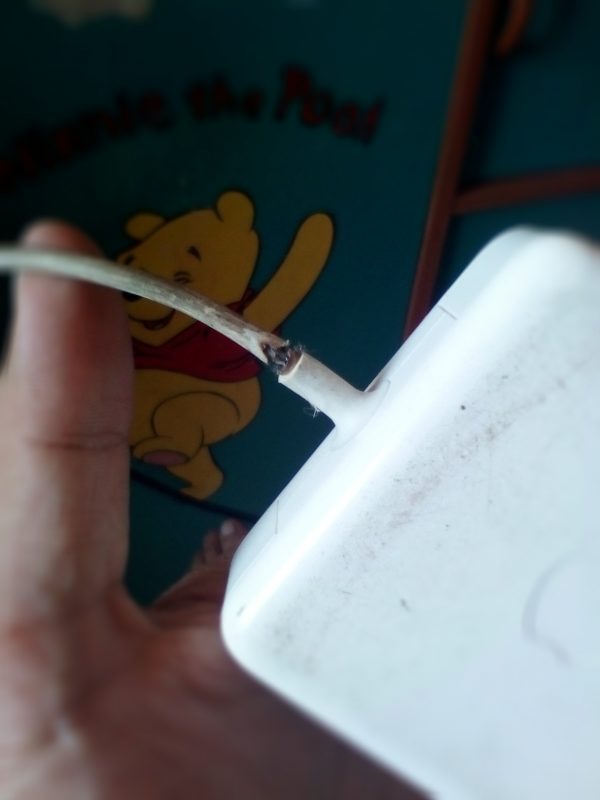